Will Pharmacies in Alberta Survive? 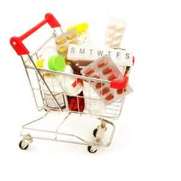 OK I work during the day at the Magrath Pharmacy as Store Manager. So I do have a little vested interest in this topic. This is earth shaking news. Politicians just don't seem to get it. Newspapers are glossing over it. Joe Public just doesn't hear about it. I created this page to voice my opinion on the matter.

What has happened? Well your well meaning politicians have been sold on a bill of goods. They are being told and spew this forward that generic drug manufacturers are somehow making too much money and they need to save that money for you and I the drug consumers. Really? First of all. We expect the quality of our drug supply to be stellar. We expect the supply to be continuous and never ending. We expect them to line up with several versions of the brand name drugs. We just don't expect to pay anything for it. How is that likely to work?

Blue Cross is the pit bull of the drug industry here in Alberta and in Canada. 80% of all prescriptions are paid for by them. They set the rules and the drug manufacturers and pharmacies are forced to toe the line - or get out of the way. People think pharmacies make a lot of money on each prescription sale. The truth? They make NOTHING on the cost of the drug. They are granted a small fee (about $10) to provide the store, staff, pharmacist, inventory and expertise, to fill the prescription and put it in the bottle for you and I. This is the structure that has been imposed and this fee structure has remained unchanged for years. Under this regime, a certain volume of prescriptions per day must be filled for the Pharmacy to keep the doors open. A huge inventory of 1000s of expensive and persishable drugs must be maintained for which the Pharmacy is only reimbursed the acquisition cost (if they manage to sell it). The only other source of income is front store sales and agreements with generic manufacturers to stock their products rather than their competitors.

Have your eyes glazed over yet? Wait! Wake up. The government says the only way for them to 'save health care money' is to go after the money being paid to Pharmacies for generic drug placement. Unfortunately, that is the only thing keeping most Pharmacies afloat at the moment. These payments permit your friendly local pharmacy to provide all those 'free' services you have come to expect. Free advice. Free drug/health reviews. Free computerization of drug records. Free maintenance of six figure inventory for the privilege of earning $10 for filling a prescription for you and for I.

What will be the result? Bottom line: shortages of generic drugs, orphan generic drugs will switch back to brand name status, resulting in higher costs to you and I with potential closure of your local pharmacy. Why? Let's say instead of drugs we were talking about the cost of gas. Would their logic still hold? They say: we only want to pay 25 cents a litre for gas instead of a dollar (me too). They calculate, they will save $xxx dollars on their wise decision and pat themselves on the back. Whoa. Wait a sec. Just who is going to now sell them it for 75% discount? Will there be any gas to buy? No. Will there be local gas stations left? No. Bottom line: the government just cannot legislate the price of goods (unless you happen to live in Siberia) without severe repercussions. Gas stations would cut staff or be forced to close down. Supply would dry up, since in a world market, they could ship it lots of other places for more money. Back to generic drugs .. ditto ..

So, do you want to be a Pharmacist or own a Pharmacy? Good luck. Take out a big loan to go to school for 5-6 years. Then take out a big loan to purchase your own Pharmacy and stock it up with all the drugs. Hire staff and techs. Then try to run your business. Sorry, you have to stock the drugs but you cannot mark anything up. You have to sell it at cost plus a small $10 fee. Good luck keeping the lights on. Nice business model.

Bottom Line: Flawed logic. Alberta Blue Cross and our Politicians say they want to get health costs under control and so they must legislate generic drug costs. Not only will it not work, but it will backfire. We are already experiencing long term backorders (shortages) and orphan drugs now switched to new 'brand name' status. You just wait and see ..

EDMONTON, Alberta — A plan to significantly reduce generic drug prices in Alberta has drawn criticism from pharmacists in the Canadian province.

The Alberta Pharmacists' Association said it was "shocked" in response to the provincial government's 2013 budget, which reduces generic drug prices from 35% to 18% of branded drug prices, effective May 1. Over the past two years, prices have been reduced from 75% to 35%, but the RxA said it supported the government in those cases.

"The cuts are so deep and so fast, it will be impossible for me to react quickly enough to ensure the sustainability of my pharmacy," Rimby, Alberta, pharmacist Patrick Rurka said on behalf of the group. "My patients and community will be the real losers as the health services my pharmacy offers will be compromised. The patients' needs will either be off-loaded to physicians or will be left untreated." 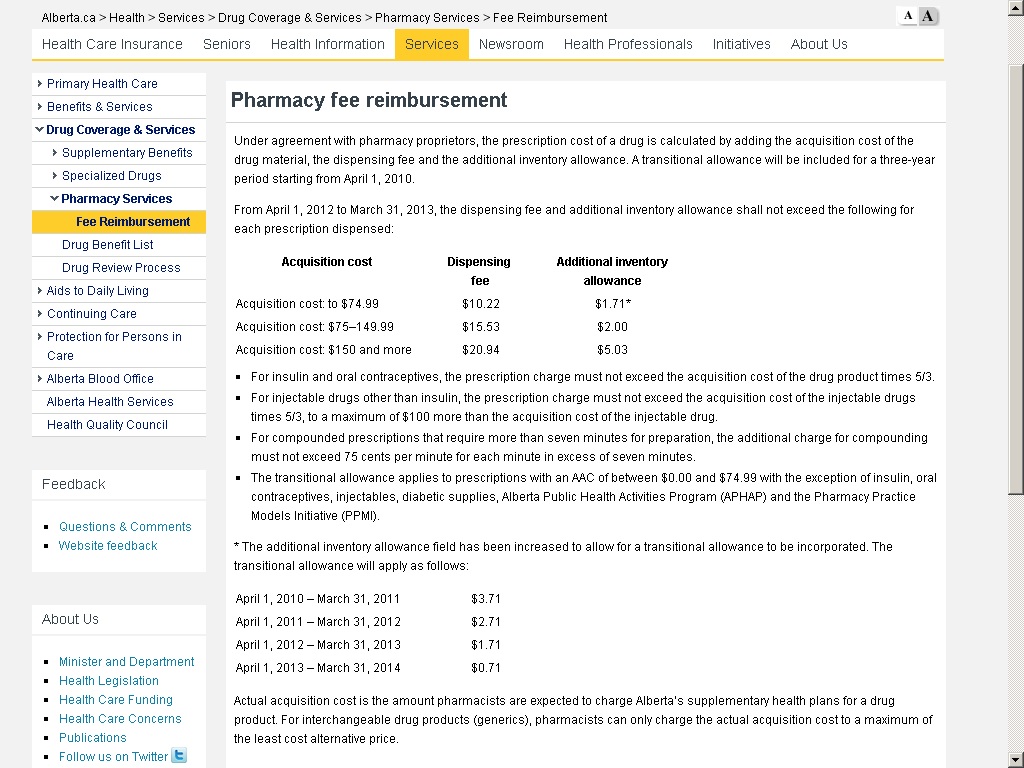